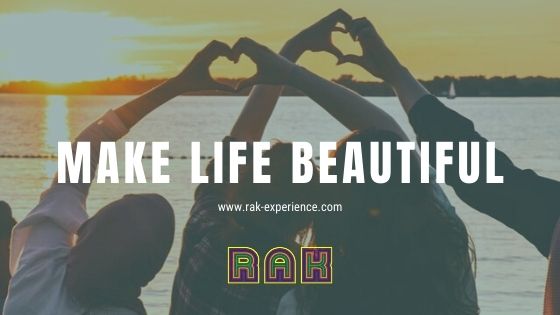 Apriori Beauty submitted National Making Life Beautiful Day in April of 2015 to the National Day Calendar. This day recognizes men and women who are contributing to making the world a more beautiful place by spreading random acts of kindness. These RAK’s can be anything from donating time to a charitable organization, planting flowers in the neighborhood, or helping out a friend. We at the RAK Experience are obsessed with random acts of kindness and so are definitely big fans of this holiday!

Caregivers at a living assistance facility read a study that showed a new hair-do can really boost someone’s mood and confidence. They also saw that Mother’s Day was particularly difficult for their residents, especially if they were widowed or lived far away from their children and grandchildren. They decided to give Mother’s Day Makeovers to bring smiles to the women they were taking care of. The residents were able to be queens for a day, getting their hair and make-up done, and even wearing a crown!

A young boy in the UK lost his father and decided to write a letter to him to tell him he missed him. He sent the letter through the mail,addressing it to heaven. He was very worried that the letter wouldn’t make it to his father and the postman caught word of that so wrote a letter back to the boy. The letter stated that, while it was a difficult journey “avoiding stars and other galactic objects”, the letter made it safely to his father in heaven.

Martin Agee, a professional musician, was a volunteer for the ASPCA . He began volunteer work after the loss of his own beloved dog, Melody. He was drawn to the storytelling program where he read stories to the dogs to help with calming and socializing them. He saw it had a positive effect on the pups but realized with his skills, he could take it one step further and began playing the violin too. His music helps calm down dogs who have been victims of abuse. Martin has played all over the world but says his favorite audience has been at the ASPCA.

How You Can Make the World Beautiful

You can make the world a more beautiful place too. Random Acts of Kindness is what RAK is all about and we’ve made it easy for you to send a Random Act of Kindness Pack or as we call them, RAK Paks,  to a stranger. All you have to do is visit our website, pick your pack, and sign up to be an anonymous RAK-er.

Now go out and make the world a more wonderful place with Random Acts of Kindness. #RAKThePlanet